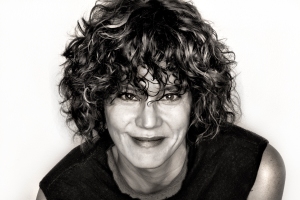 Lauren’s work in multiple disciplines mirrors her cinematic and intimate experience of the world, polarity, and what it means to be human.  It also demonstrates the goggles through which she observes and processes absurdity.

For two decades, she has been fortunate to see her photography in publications and projections on both coasts and abroad, and to serve as a liaison between the gritty wasteland of Ground Zero and the museums, historical institutions, and educational facilities that forever tell the story of 9.11.2001.

In her twenties, Lauren began a career in Los Angeles, photographing young Hollywood and its glossy fashion,  an environment where she developed a raw and honest style. Since then she has seen much more and her insatiable, edgy curiosity has only grown.

“I have never lived on the surface.  I can’t function there.”

In 2013 Lauren set aside the camera for a spell, and  began painting and experimenting with mixed-media under the mentorship of Michael Dowling.  She has found working with new tools invigorating, spontaneous, and playful, feeling it in her work and in her person.

Recent works speak of a childlike curiosity with animals and the patterns of the natural world, while exploring the themes of rank, status, and self-definition in the human world.

“Many things make me laugh for no real reason other than I can’t believe this thing exists.  I believe my rebellion against the un-thinking weaves a thread of tension throughout my otherwise-whimsical canvases, imagery, and self.”

Lauren currently lives and works in Denver, where she moves between painting, photographing and working in precious metal clay, often combining disciplines.

I Try So Hard to Do the Wrong Thing, 2017   Prism Workspaces, Denver

Field of Vision, 2014   Red Brick Center for the Arts, Aspen

Behind the Scenes Stuff